Sign and Share Our Petition!
Raise awareness of the need for accurate data on children’s mercury exposures

A petition launched this February by Mercury Free Baby is bringing attention to the urgent need for transparency in mercury research. At the center of the controversial research described in our petition is a 2014 study by authors from the University of California, Davis. Although their conclusions could easily be used to suggest “safe levels” of mercury exposures in infants, other researchers have identified potential errors in their work and have requested that portions of the data be shared for re-examination. Yet, this request has been refused, and thus, the important data is being hidden from the public and other scientists.

Given the facts that 1) their data contains highly relevant information on levels of mercury exposure in children; 2) the study was funded with tax-payer dollars, and 3) independent researchers have identified possible flaws in their research, our petition calls for Chancellor Katehi of UC Davis to allow independent researchers to review the data. The petition makes it clear that this is necessary to secure the safety of infants and protect them from harmful mercury exposures.

Within a week of posting the Mercury Free Baby petition, over 100 people had signed on and traffic to the Mercury Free Baby website had drastically multiplied! Now, over 350 people have signed the petition, and it is clear that the public recognizes the urgency of making sure that scientific data related to public health is accurate, available, and transparent, especially when it comes to assessing risks of infant mercury exposure.

We hope you will help us in making the world, and the womb, a safer place for children by making sure that they are protected from unnecessary, unsafe, and completely avoidable mercury exposures. You can do this by signing the petition and sharing it with your network!

Consumers and others who want to know more about the risks of dental mercury will find easy-to-understand information in two, one-page fact sheets recently added to the International Academy of Oral Medicine and Toxicology (IAOMT)’s website: Dental Amalgam Mercury’s Impact on the Environment and Human Health Risks from Dental Amalgam Mercury Fillings.

The downloadable fact sheets were specifically developed as a means of providing quick facts about dental mercury to interested readers; however, those wanting a more detailed reference document about dental mercury will appreciate the IAOMT’s 2016 Comprehensive Review on the Toxic Effects of Mercury in Dental Amalgam.

In January 2016, researchers affiliated with the Coalition for Mercury-free Drugs and Mercury Free Baby linked the physical symptom of encephalitis with autism, which is often considered a psychiatric disorder without regard for potential physical components. The researchers of this important new review concluded that “if a diagnosis of autism or ASD were recognized in the medical community as having a possible component of encephalitis that could be tested and treated appropriately, such treatment for encephalitis would likely reduce, and possibly eliminate, ASD symptoms in some children.”

Recently published research continues to establish the dangers mercury poses to fetuses, infants, and children. In fact, a series of new scientific articles have linked harmful health risks in children to the mercury that is still being used in certain types of vaccines and dental fillings.

A new study links the diagnosis of delays in development, including dyslexia, speech and language delay, coordination disorder, and reading disorder, with exposure to the mercury compound Thimerosal, which is still used in some vaccines as a preservative.

The researchers, affiliated with the Coalition for Mercury-free Drugs (CoMeD) and Mercury Free Baby, estimated that between 500,000 to 1 million U.S. children born between 1991-2001 were diagnosed with developmental delays as a result of mercury exposure from the Thimerosal-containing hepatitis B vaccine.

They also calculated the societal costs of these injuries at $1 trillion in the U.S. alone. Their findings, which support dozens of previously released studies, were published in July 2015 in the peer-reviewed Journal of Epidemiological Global Health. The results demonstrated that a child’s risk of being diagnosed with a developmental delay increased with increasing levels of Thimerosal from the hepatitis B vaccination, especially among males.

While hepatitis B shots for American children no longer contain mercury, more than 50% of flu shots administered in the U.S. do. Thus, the results of this study are relevant to parents of children currently receiving vaccines in America, where mercury-free formulations are usually available by request. The amount of Thimerosal varies by brand and type of vaccine, but by using lists from the U.S. Food and Drug Administration (FDA), American parents can select vaccines which enable their child to complete the entire vaccine schedule without incurring any mercury exposure. Unfortunately, Thimerosal exposure from childhood vaccines continues unabated in many developing nations.

Meanwhile, more evidence was mounted against the vaccine preservative in 2015 when a critical review was published that involved over 180 studies showing harm from Thimerosal. The researchers, some of whom are affiliated with the Coalition for Mercury-free Drugs (CoMeD) and Mercury Free Baby, conducted an in-depth examination that focused on clinical, epidemiological, and biochemical studies of adverse effects from Thimerosal in developing humans.

The authors of this intensive review, published in the journal Clinica Chimica Acta under the title “Thimerosal: Clinical, Epidemiologic and Biochemical Studies,” concluded that “the culmination of the research that examines the effects of Thimerosal in humans indicates that it is a poison at minute levels with a plethora of deleterious consequences, and there is a clear cause for concern.”

In February 2016, researchers affiliated with the International Academy of Oral Medicine and Toxicology, and some with Mercury Free Baby, had a monumental review on risks from dental amalgam fillings published by Springer in a textbook entitled Epigenetics, the Environment, and Children’s Health across Lifespans. The authors utilized hundreds of research articles to compile a detailed scientific review about the adverse human health conditions related to dental mercury amalgam fillings which included

• a list of research categorized by 20 specific health complications associated with dental mercury,
• a table of over 50 variables that can influence individual reactions to dental mercury,
• and a well-cited, thorough discussion about fetal impact, genetic predisposition, and other conditions that comprise the known risks of dental mercury.

The review is entitled “What Is the Risk? Dental Amalgam, Mercury Exposure, and Human Health Risks throughout the Life Span,” and it is Chapter 7 in the Springer textbook. In regards to children, the researchers warn: “Fetal and infant exposure to mercury via maternal dental mercury amalgam may lead to serious health consequences.”

Obviously, the words of Dr. Suresh Kotagal, pediatric neurologist at the Mayo Clinic, spoken at the FDA Dental Products Panel in 2010 ring true today: “And I think that there really is perhaps no place for mercury in children.” 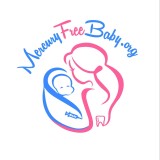